With the New Year come new opportunities, new adventures, new stories, and new potential.  If we learned anything from 2016 it is to always expect the unexpected, hope for the best but plan for the worst, and never shy away from a risk.  This holds true to our daily lives but also real estate.

The Minnesota real estate economy started off hot with an early spring surge that did not slow down until late August, and even then really held strong and remains strong.  The normal marketing time for a single-family home in the metro area was 30 days down from the typical 36 days in 2015, and the median sale price is up 5.9% from 2015 with a median sale price of $220,000. 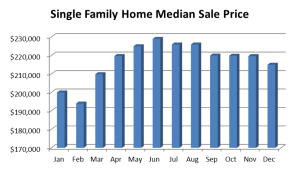 The multi-family market also experienced an early spring boost, but then followed the normal ebbs and flows of a typical Minnesota real estate market with values peaking in July then backing off during the fall/winter market.  Similar to the single-family, marketing time for multi-family properties also dropped for 36 days in 2015 to 29 days in 2016. 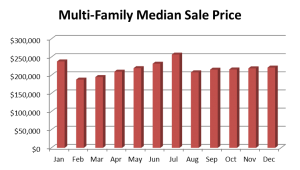 Vacant land in the metro area did not fare so well when compared to the single-family or multi-family market, but it did hold strong throughout the year with median sale prices taking a small dip in the spring but recovering nicely as the year matured.  While values may have stagnated, the exposure time on vacant land parcels did decrease from 122 days in 2015 to 113 days in 2016. 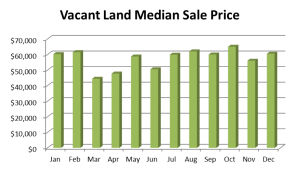 Given 2016 was an election year and given the uncertainty of economic growth with a new cabinet, commercial property took an anticipated hit in values over the past year with median sales price dropping throughout 2016.  Typical marketing time for commercial properties also took a small dip from 2015 with commercial properties typically selling within 137 days of list in 2016, down from the 144 in 2015. 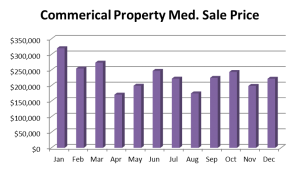 What does this all mean for 2017?  What can we forecast from the results of 2016?  Well, I would anticipate much of the same.  I feel the single family homes listed under $500,000 will remain a highly sought after asset with well-kept homes moving quickly, and homes listed above $500,000 to sit a little longer but still move within six months. Based upon the economic forecast, multi-family dwellings can expect a slight bump in values with resurgence in manufacturing, mining and utility industries.  The Minnesota metro area can expect more large national and local developers to buy up large tracts of land in anticipation of population growth and future developments which will result in higher land values.  Vacant land inventory is dropping and with new construction increasing land is becoming a scarce commodity. With the republicans taking control of not only the presidency, but also the house and senate, I would expect the commercial industry to remain stagnant until at least 2018 once the economy reacts to the shift in government.  2016 has paved the way to a healthy, robust real estate economy with values in nearly every sector increasing.  Indicators have 2017 following suit, now all we have to do is be willing to take advantage of the new opportunities by not shying away from the adventure that 2017 is shaping up to be.