If you are selling your home in Carver County chances are you are getting a bit discouraged at the moment.  While it is true that traditionally it is best to list your home between the months of March and June, this year we experienced an early spring market which officially started back in February and with an early spring means an early summer.  The market peaked back in April with inventory hitting a yearly low of only three months with it climbing back up to approximately five months here in late May.  What does this mean exactly?  Well, basically it means there are more homes listed for sale now than there were back in February, March or April; which means longer marketing time.  However, do not get discouraged by the longer marketing time because while your home may sit longer, the median sale price has also been increasing.  In fact since January the median sale price has increased nearly 12% from $249,900 to a projected median sale price of $279,900 for the month of May.

So if you are getting discouraged by the lack of showings or interest on your spectacular home, just remember your buyer could be the next person to come through. 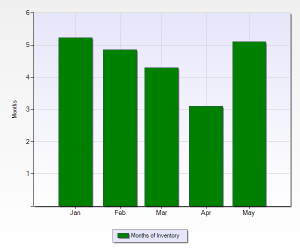 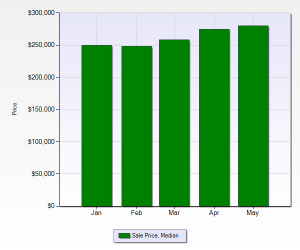